Although believed by many to be an aphrodisiac, Passionflower was named for the Passion of the Christ, not for passion of the loins. Its symbology was identified by Spanish missionaries as a sign of God’s approval for their duty to convert native people of the Americas to Christianity. To summarize the correlation, the three stigmas represented the three spikes used to nail Christ to the cross, the five anthers indicated the five wounds; the radial filaments were representative of the crown of thorns and the ten sepals stood for the apostles (minus the two -Peter and Judas- that these particular followers of Christ weren’t willing to forgive in order to characterize elements of this flower. Perhaps if the blossom had sported 12 sepals, it would be a different story.)


The peculiar portrayal of a Christ-like flower was construed to curry support from Pope Paul V by a Jesuit priest on a mission in Peru in the early 1600’s. At that time, Spanish missionaries were at the forefront of botanical expeditions in the newly conquered territories; to be the discoverer of the next great herbal specific for a current malady was an opportunity for achieving prestige and undoubtedly, wealth. This seems somewhat akin to the enthusiastic pharmaceutical fervor we witness today, even to the extent of disenfranchising indigenous populations by laying claim to their traditional medicines (and converting the “active constituents” into lucrative drugs via a lengthy, environment-polluting process).


What could have been a marriage of healing traditions, a sharing of herbal ideals and a harmonious co-mingling of support and structure for plant-based natural medicine systems became an opportunistic invasion of self-serving interests. Perhaps I digress.


There are approximately 500 species of Passiflora, most of them vining plants that seek the light of the sun by attaching themselves to trees, plants and other supports in their vicinity with curling tendrils. The benefits to their native ecosystems are manifold. The soft, palmate, deeply lobed leaves provide a leaf litter that breaks down in only five months, compared to other tropical trees and plants which often take many years to decompose. The nectar is an important food source for many insects and their showy flowers are specialized to attract a variety of larger pollinators, such as honeybees, carpenter bees, bats and hummingbirds, pollinators which are currently in decline worldwide.


One species of Passiflora has developed an interesting symbiotic relationship with other insects in its community. Initially, the Passiflora manufactured a cyanide-based compound to deter moths and butterflies from devouring its leaves. The Heliconiinae butterfly over time developed a resistance to the chemical and began to feed on the vine in earnest, even to the point of laying its eggs on the leaves so that the newly hatched larva could immediately begin feeding. In response to the over consumption of whole shoots, the Passiflora began to manufacture nectaries -small nodes of nectar- located at the base of the leaf stalk, in order to attract ants that would feast on the sugary syrup. The ants provided great protection in exchange and attacked anything that threatened their food source. The Passion flower then further trumped the butterfly by creating nubs on their leaves, a mock-up of what it would look like if a butterfly had already laid its eggs there. Seeing that the site was already claimed, the winged invader would seek another place to lay its eggs. There was no hard feelings though, the Heliconiinae butterfly will still happily pollinate the Passiflora and distribute its pollen grains to neighboring blossoms.


The Passiflora is mainly a tropical species native to South America, although P. incarnata is a subtropical variant that is found mainly in the southern United States, but ranging as far north as Pennsylvania. Very few pests harass this species and it can thrive quite well in the harsher northern climate. Known as “Maypops,” this Passion flower is rather hardy, surviving temperatures as low as minus 4 degrees Fahrenheit before the root succumbs to the cold. It is the medicinal qualities of this species of Passiflora that are mostly referred to in studies. 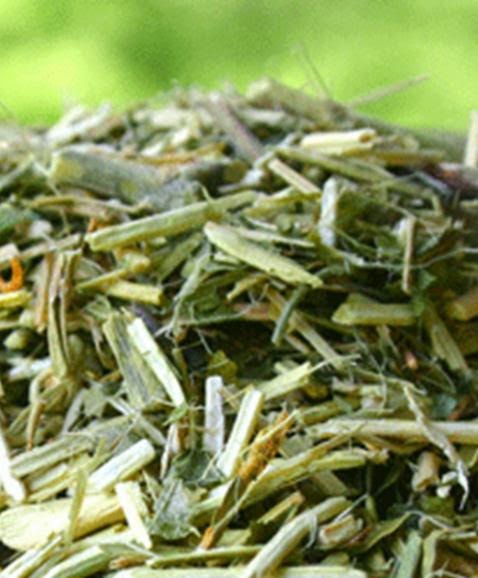 Passiflora is very effective for many generalized anxiety disorders; in studies it performed as well as the drug Oxazepam, but without the range of side effects. For insomnia, this herbal ally can help one to transition to a deep, restful slumber without the all too common “hangover” that comes with taking sleeping pills. The alkaloids and flavonoids present in the herb makes it an effective and non-addictive sedative without causing undue drowsiness, just calm. One of the flavonoids, Apigenin, is antispasmodic and anti-inflammatory, which accounts for Passifora’s popularity in the treatment of pain.


It would be appropriate to say that Passiflora “smoothes out the rough edges” physically, emotionally and mentally, but is not given to pregnant women. It treats a range of disorders that come from excess stress such as nervous tension, anxiety, depression, insomnia, palpitations, pre-menstrual syndrome, irritable bowels, asthma and high blood pressure. It is also prescribed for spasmodic dis-eases such as Parkinson’s, epilepsy, certain types of seizures and neuralgia, even when the cause of the nerve pain is viral in nature, as it is with shingles. The dose for a tea is one teaspoon of dried herb to a cup of boiling water, steeped for about 15 minutes; the tincture is taken at doses averaging 20-30 drops, as needed. For sleep disorders it is simply taken before bedtime, but for other uses, it is taken two or three times a day.


Passiflora produces a purple or yellow, ovoid or elongated fruit that is filled with juicy pulp and many seeds. The sweet/tart flavor of the fruit makes it a successful commodity and early in the twentieth century it was widely exported to many newly commercialized tropical locations for marketable agriculture. As it turns out, this idea may have been short-sighted.

With a lack of native pests or diseases, the Passion flower vine, which when unhindered can grow up to twenty feet a year, thrived in these new environments and began to become invasive, crowding out indigenous plant populations. Without the checks and balances of its native ecosystem, one particular species, P. mollissima, conquered territories, subjugated local plant communities, and blanketed large areas with its self-serving agenda. To make matters worse, non-native birds and feral pigs, also introduced by colonists, enthusiastically consumed the fruit and spread its seed hither and yon.


What could have remained a marriage of symbiotic relationships, a sharing of ecological benefits and a harmonious co-mingling of support and structure for plants and their pollinators became an opportunistic invasion of self-serving interests. Perhaps I haven’t digressed after all.

In this way Passiflora teaches us great wisdom; we can seek to rise to new heights and grow emotionally and spiritually without hindrance if we do so in harmony with others. The ability to seek support where it is offered and return benefits in exchange is mutually advantageous. If we attempt to expand unhindered in someone else’s environment, we cannot benefit from mutual support and we can become a burden to others, and the Earth. The demands of our modern world tend to ignore these basic truths, and we are unwittingly playing a large part in the invasive tendencies of unrestricted growth and expansion. When the burden of trying to accommodate the yoke of our responsibility becomes more than we can handle, Passiflora is there to help smooth out the rough edges and teach us how to coexist.

Lisl Meredith Huebner, Dipl.CH (NCCAOM), RH (AHG) is a nationally board certified Chinese Herbalist, and a Registered Herbalist with the American Herbalists Guild. Lisl is also a certified Medicinal Aromatherapist, a level II Reiki practitioner, an Acupressurist, an Auriculotherapist, a photographer, a renowned diagnostician, a teacher and a published writer in private practice for over a decade. She is available by appointment.
HerbaLisl.com
Please call 8 6 0 - 4 8 0 - 0 1 1 5 or email HerbaLisl@hotmail.com if you have any questions, would like to schedule an appointment, attend meditations, weed walks, or are interested in taking classes.
Posted by Herbalisl at 10:12 AM